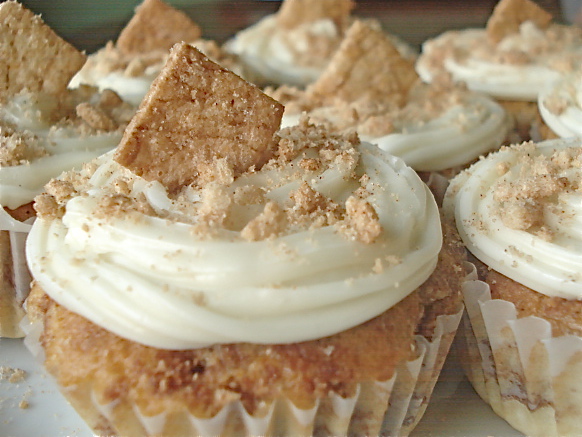 Oh Cinnamon Toast Crunch. Pretending to be cereal. Dazzling us all with your cinnamon sugary swirls. Fortified with vitamins and minerals so that we could convince our parents to let us eat candy for breakfast. Or convince ourselves.

Side note: I’m a really good speller. I just am. Look: I can spell antidisestablishmentarianism. And I did it without spellcheck. Promise. But in grade five, I was eliminated from the school spelling bee in the second round. Why? One word. Cinnamon. Any other word would have been fine. Inoculate. Ecstasy. Supersede. Definitely. No. Cinnamon. And you would think that would teach me a lesson, right? Wrong. I still want to spell it “cinamon”.

So while I am happy that I get to describe these delicious cupcakes to you, I am sad that I have to relive my grade five embarrassment every time I see that little red line wriggle its way across my page.

But I will describe them. For the sake of humanity. And because I should probably get over it nearly fifteen years later. Probably. 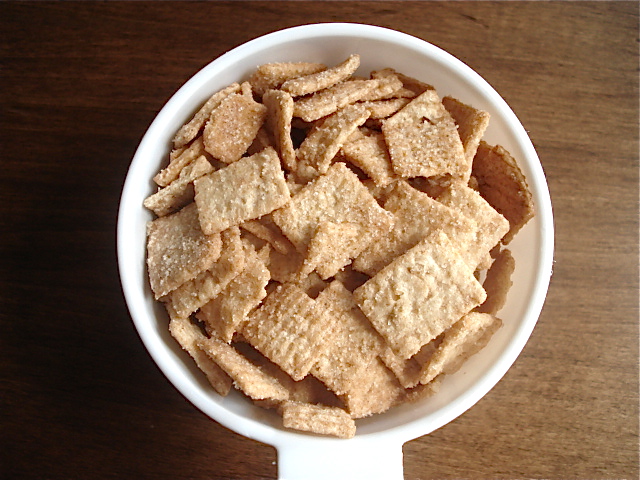 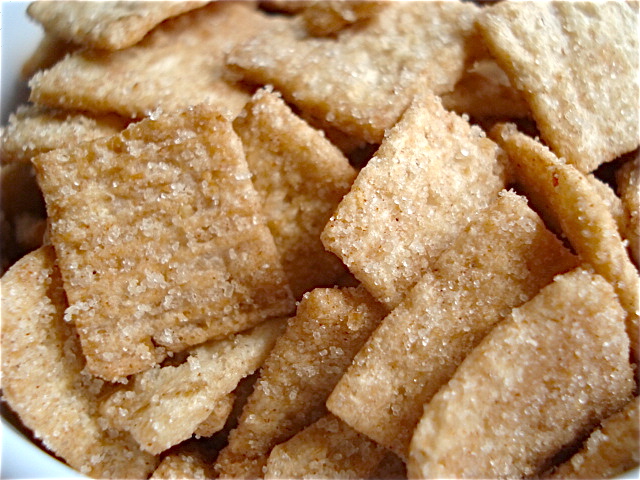 Oh my goodness. I can’t believe I actually eat this for breakfast (as I eat my second bowl for the morning). 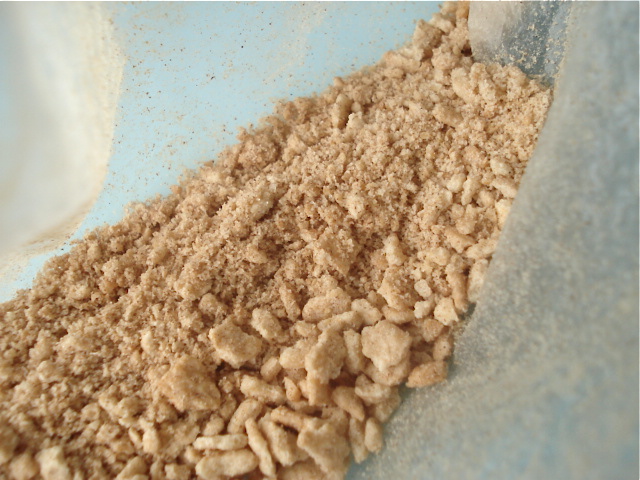 Pour it into a resealable bag, add 1 tablespoon of cinnnnnnnamon and crush together.


This is not done yet. You want it to be like dust. Magic Cinnamon Toast Crunch fairy dust. 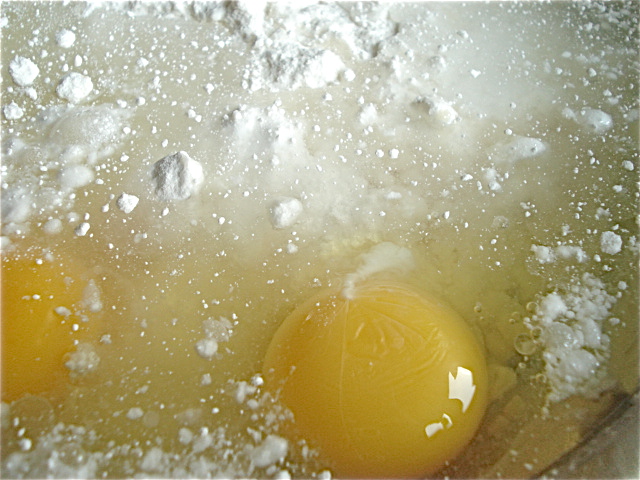 Make up your vanilla cake according to box instructions.

Does this look cosmic to you? I see two golden yolk suns in a sky of starry white cake constellations. 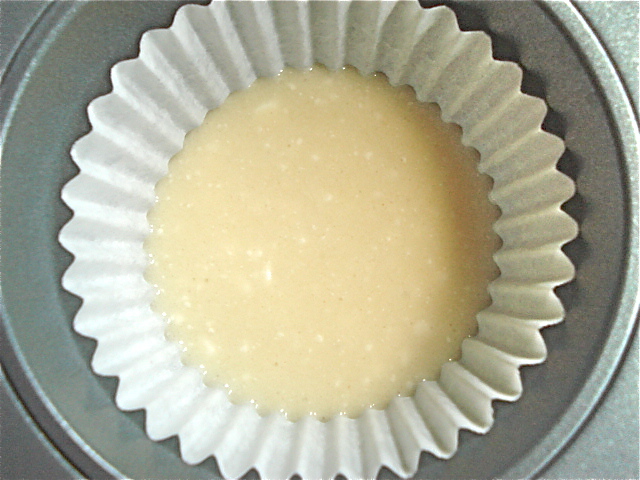 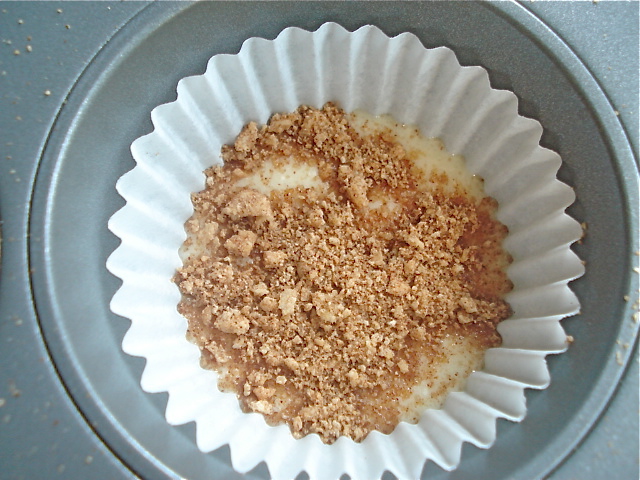 Sprinkle a thin coat of the cinnamon topping on top. 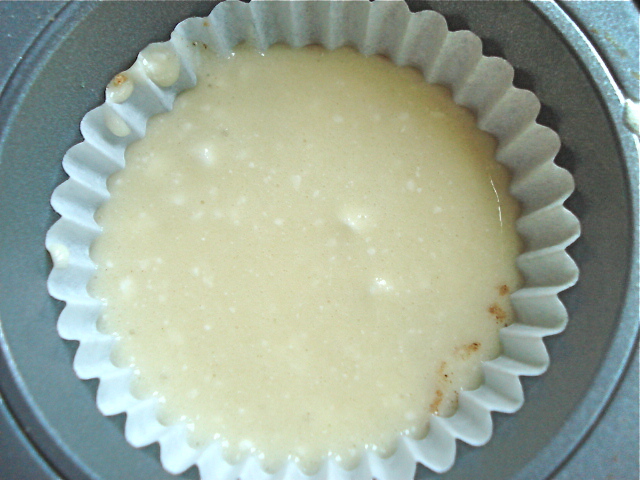 Fill the muffin paper to 2/3 full with cake mix. 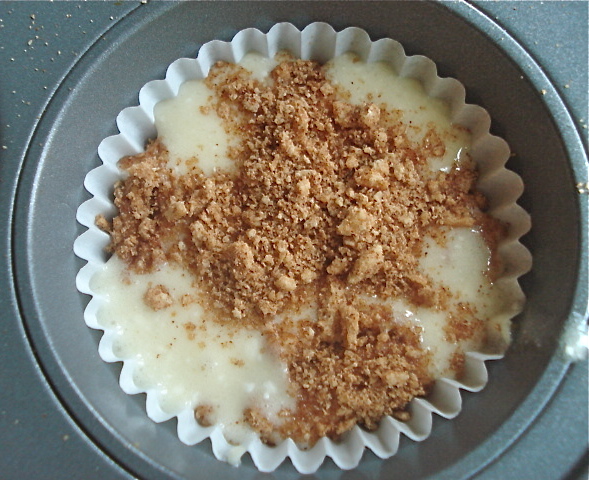 And top with more cinnamon topping. Stir lightly with a fork and bake at 350F for 15-20mins. 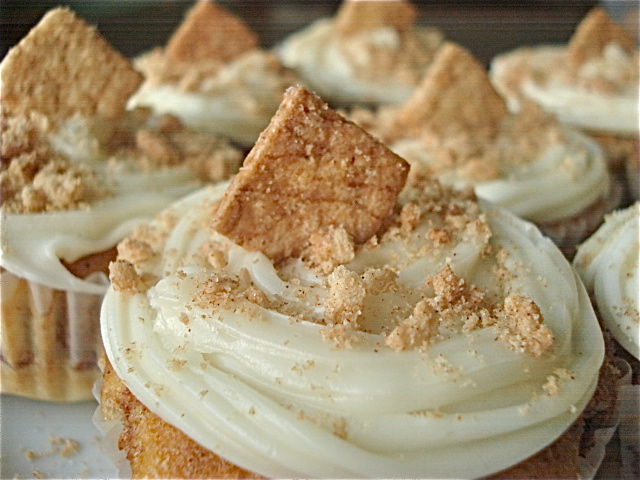 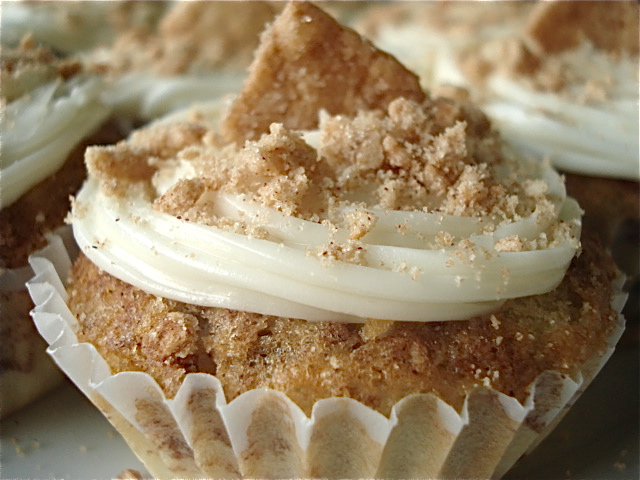 But I sprinkled more cinnamon fairy dust and topped with a swirly Cinnamon Toast Crunch square. So now it’s pretty. 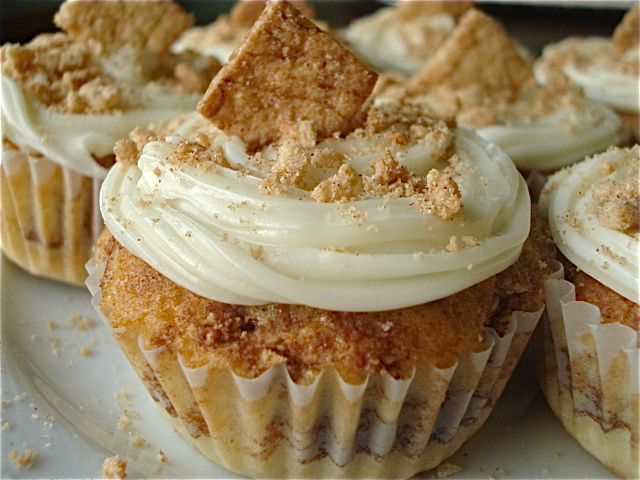 And really, this is the Baked from a Box blog. Canned frosting kinda comes with the territory. If you want to make your own frosting and not be lazy (or in a huge rush to just eat a cupcake already), I recommend the frosting from my Rice Krispie Cupcakes. Yum. 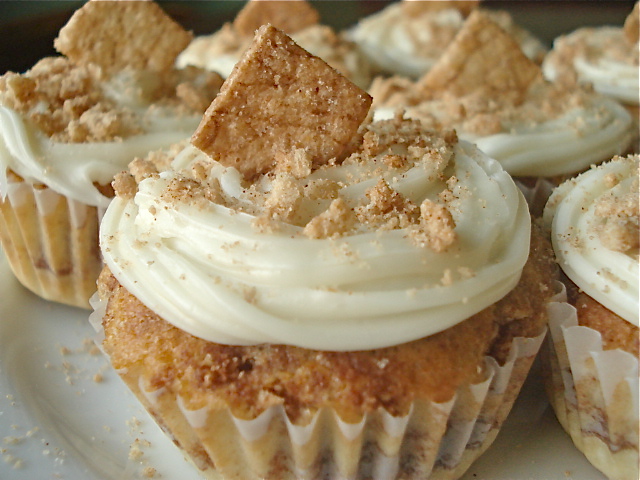 You should eat these for breakfast. Because let’s be honest. Cinnamon Toast Crunch cereal is already basically like eating dessert for breakfast. You might as well do it right.

Thank you, again, to Your Cup of Cake for this fantastic idea!