Did I mention that I cannot crack an egg?

I actually can't do it. I spend a lot of my baking time picking eggshell out of egg goop. I would provide regular photographic evidence, but I'm petrified of getting egg on my camera.


So if you are a poor egg-cracker like I am, then trifle is probably right up your alley. It's the place where all broken cakes get reincarnated into something beautiful and delicious.

And if you have a chocolate broken cake, you can make a s'mores trifle. 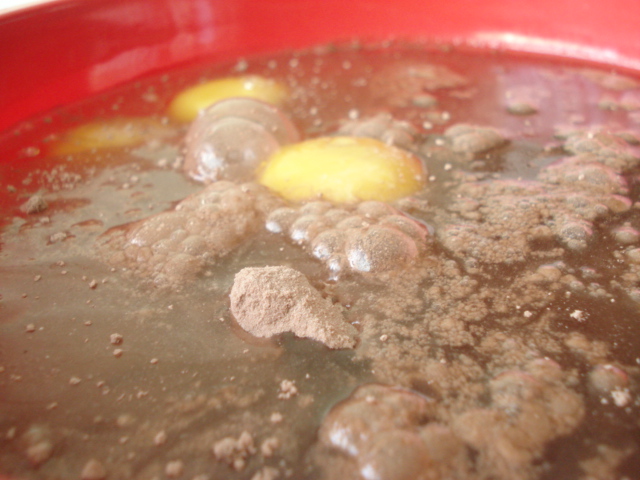 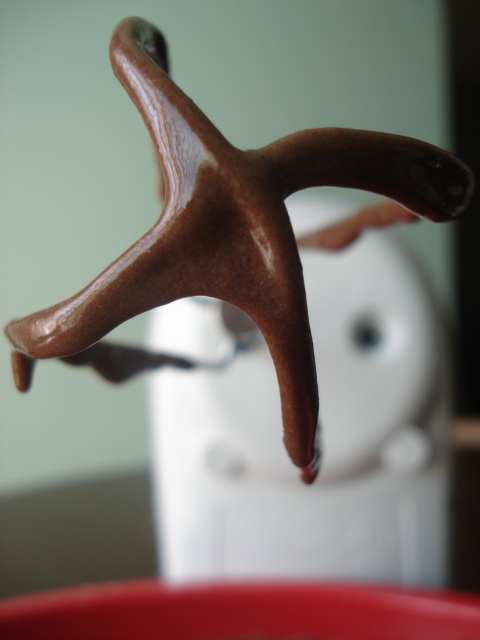 Here's another nifty kitchen tip: using only one beater on your electric mixer makes your cake taste better! Or it's that it just means one item fewer to wash. Yeah. That one. 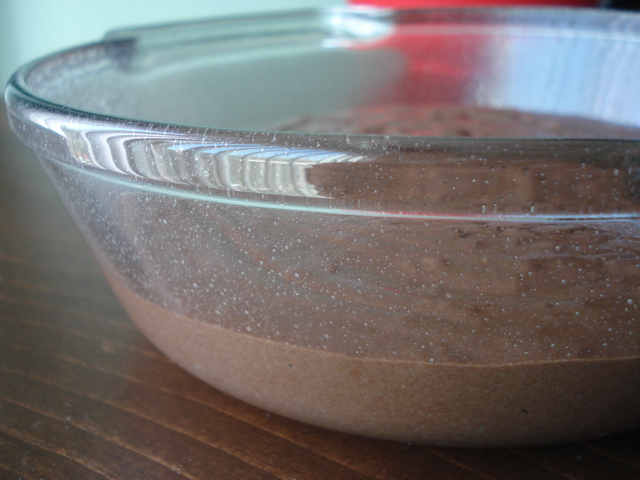 Confession: I bake cupcakes and minis because I really never bake cakes. Minis are comfortable. Cakes are an unknown world to me. It shocked me when it took 45 mins to bake this thing. I don't even know if this is an appropriate dish in which to bake a cake. But it worked! Kind of. Why did it do this? I have no clue. I'll be sticking to cupcakes, I think, thank you very much. 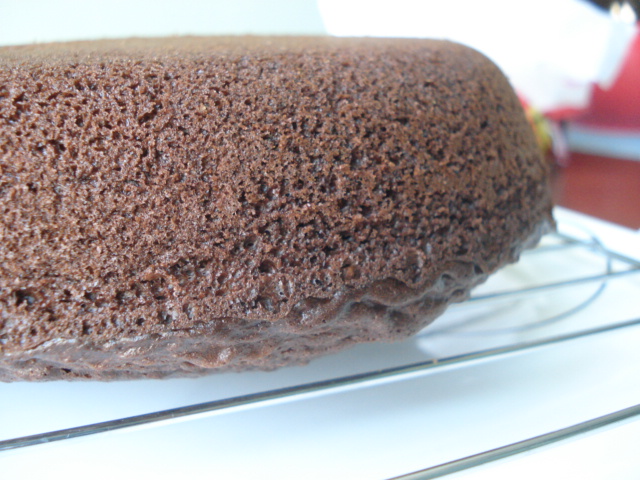 So, not knowing anything about cooling a cake, I just flipped it out onto the cooling rack. 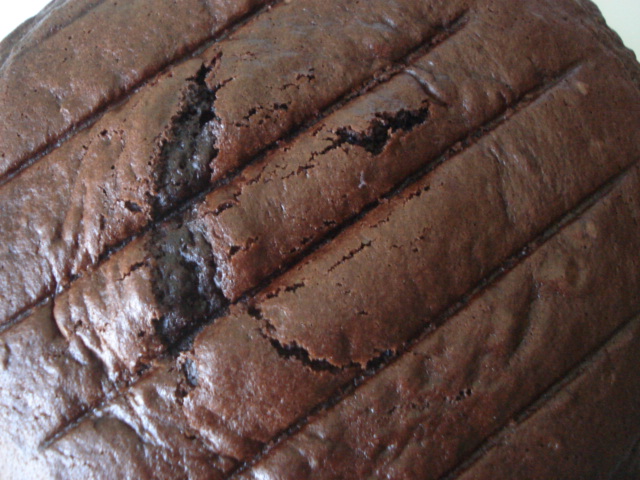 Which of course, resulted in this. Nice. 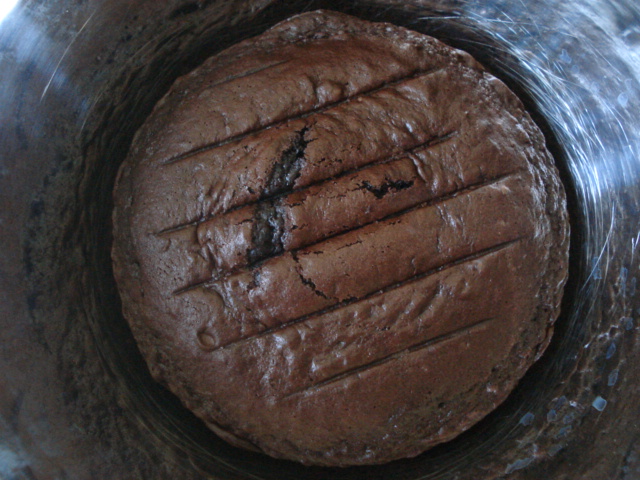 But it's ok, because this is a mistake cake and it wound up in this bowl anyways. 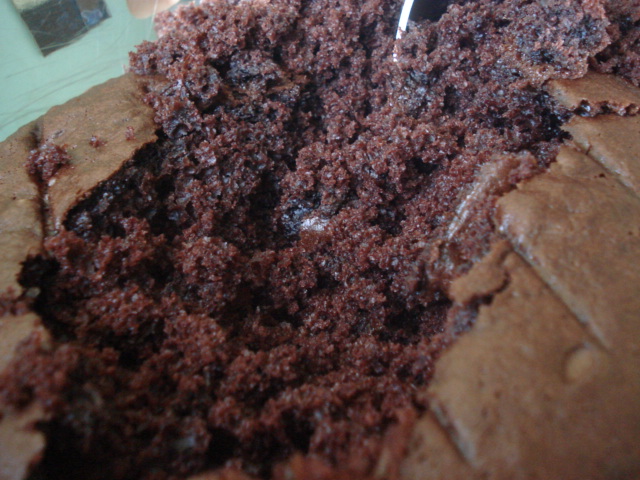 And got ripped to shreds. 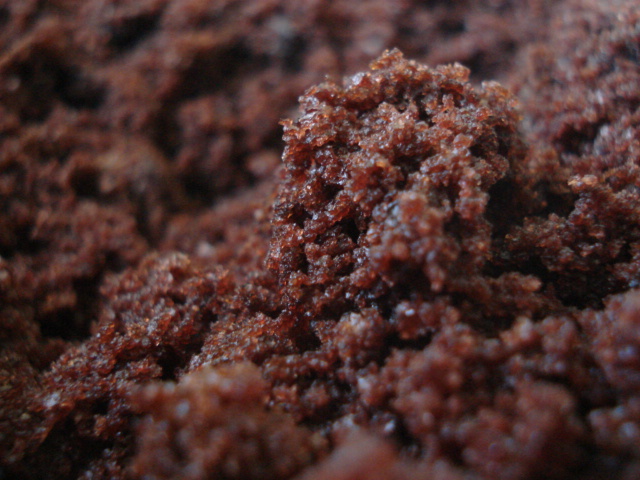 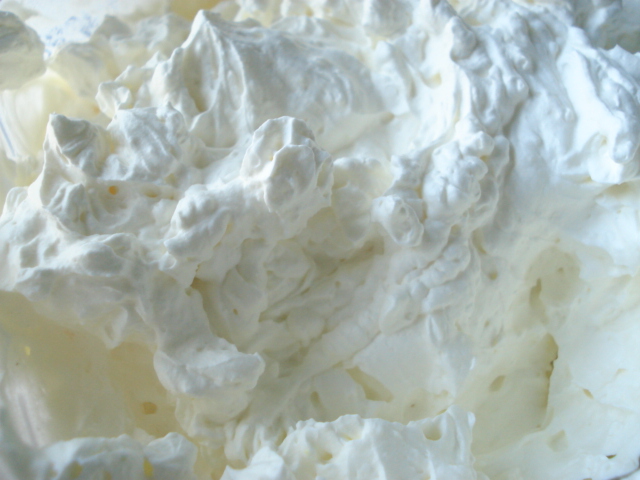 This is where shortcuts are great. I made my own whipped "cream" because I wanted it to be dairy free, but you could very easily use the canned stuff. I mixed 1 cup of non-dairy whipping cream with 2 tbsp vanilla instant pudding so it was nice and fluffy and held its shape nicely. 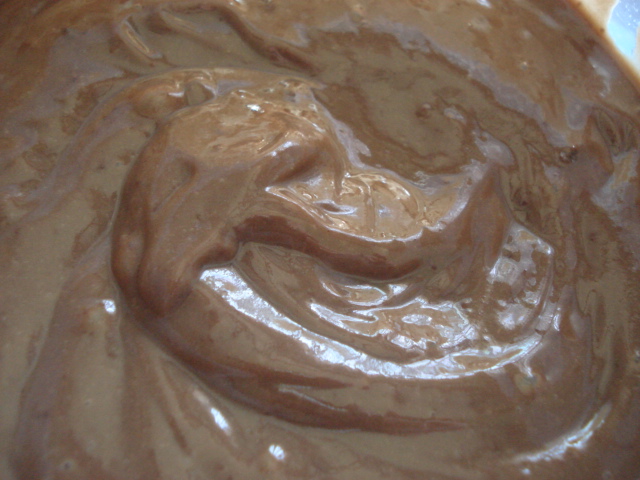 Then I made my own pudding. And by that I mean I mixed 1 pack of instant pudding mix with 1 1/2 cups of soy milk. It's like making your own. But from a box.

If you decide to grab a couple of pre-made puddings and just dump them in a bowl, I totally support that. 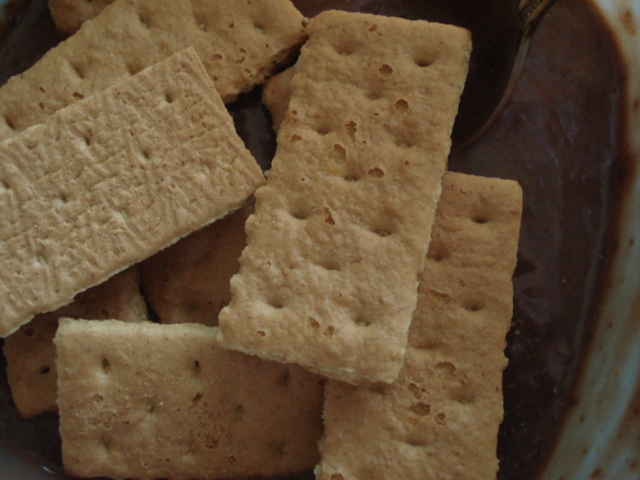 Now toss in your graham crackers and let them sit and soak for a few minutes. We want them to be soft enough that you could cut them easily with the side of a spoon. 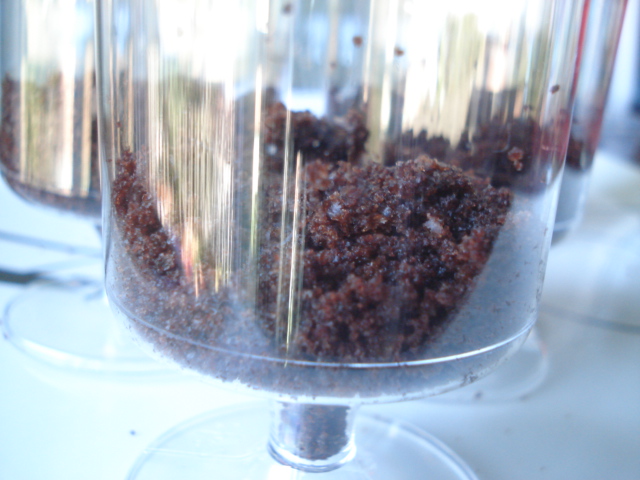 Now start trifling! A couple tablespoons of cake crumb forms the base. 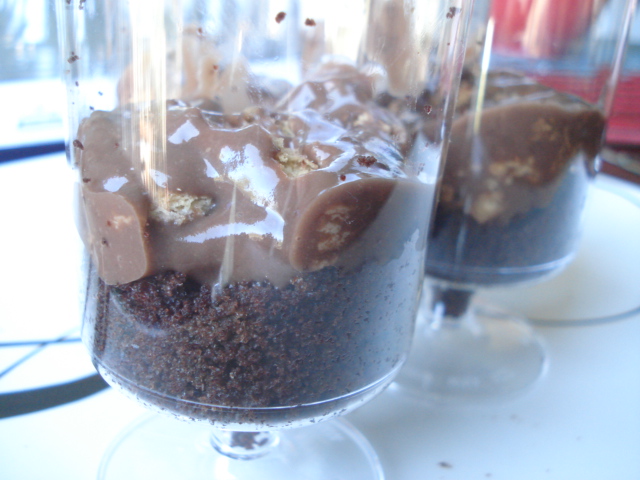 Top with some graham cracker pudding mix. Trust me, this stuff is the best thing I have ever thought of. It is so so so so good. So good. 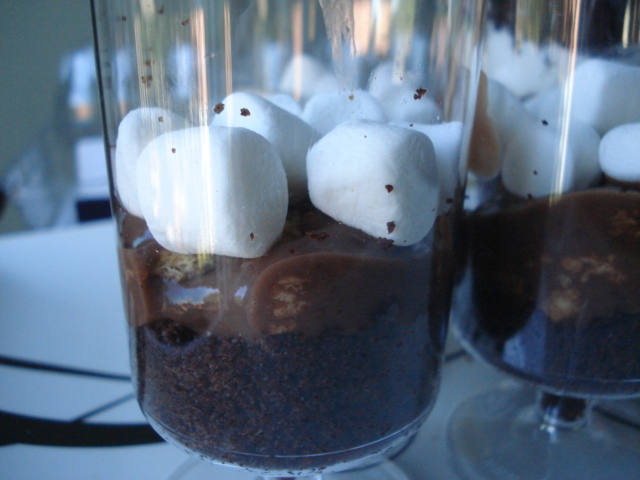 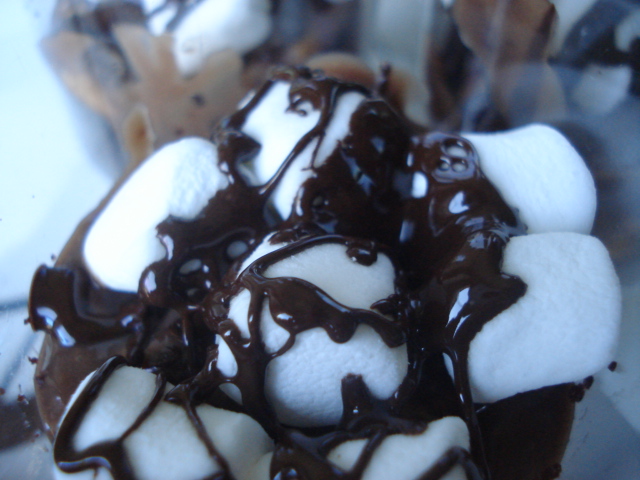 And drizzle some melted chocolate on top. 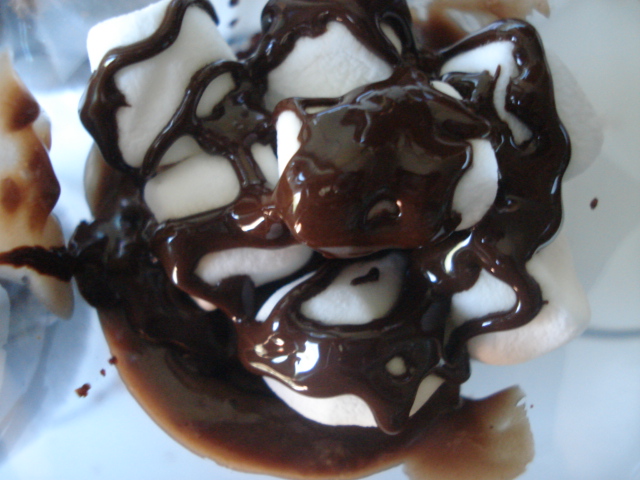 This step is crucial. You could just throw chocolate chips in for simplicity, but texturally this is soooo much smoother. And prettier.

Yes, I know no one sees it in here. But I know. And I know it's beautiful. And that's what counts. 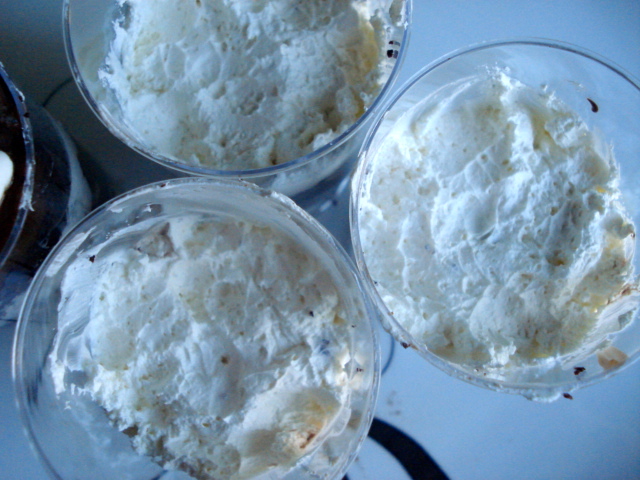 Press in some whipped "cream". 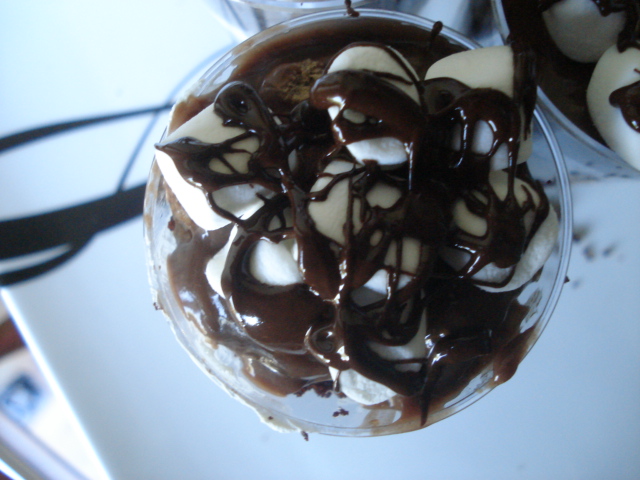 And do it all again until the cup is full. 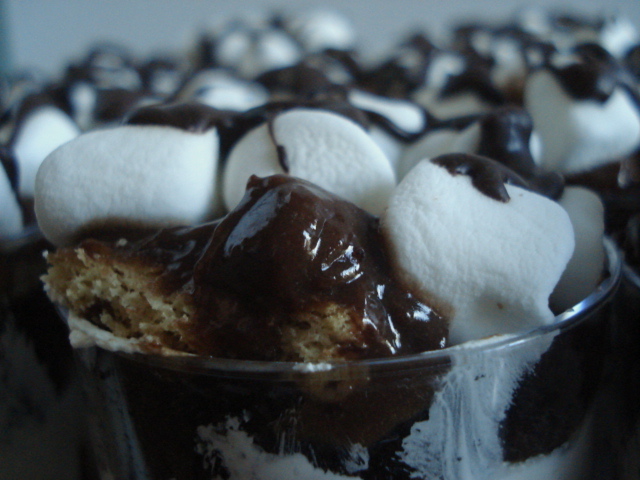 Mmmm, you can see the chocolaty graham cracker peeking through. 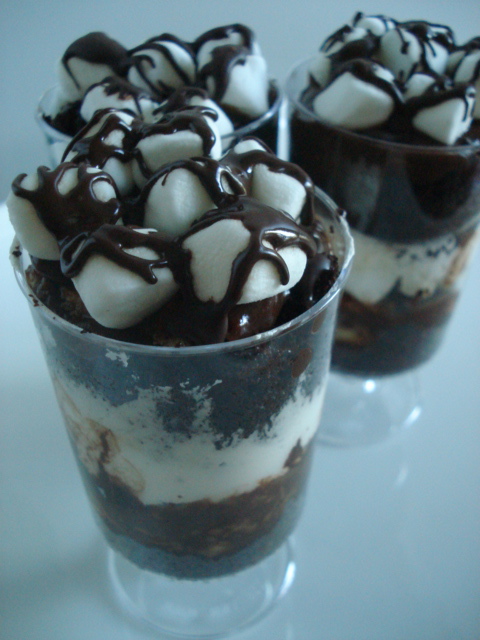 These are deliciously creamy and smooth, but the graham cracker and marshmallows add extra variety to the texture. 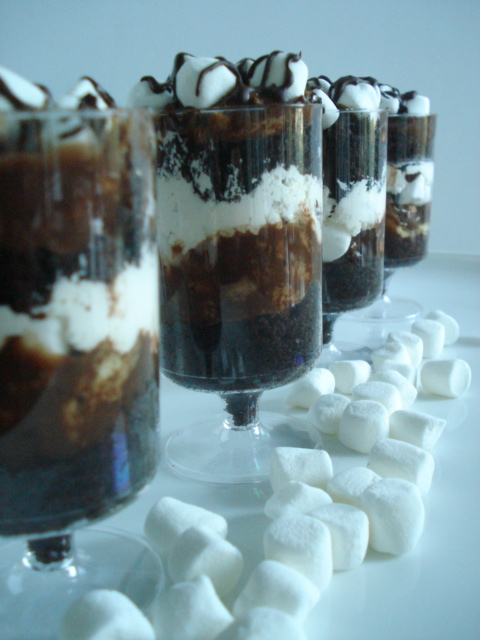 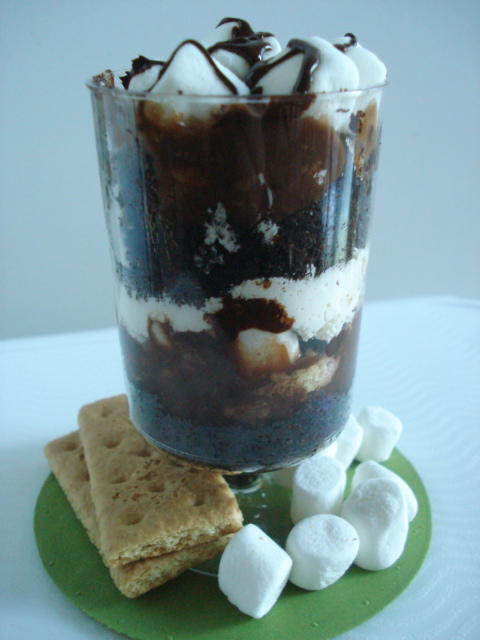 This could certainly be done in a large trifle bowl. And it would probably take way less time. 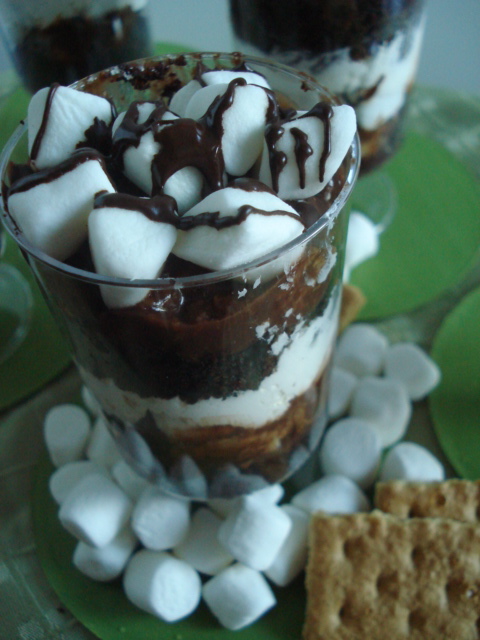 But look how cute they are in individual trifle cups! 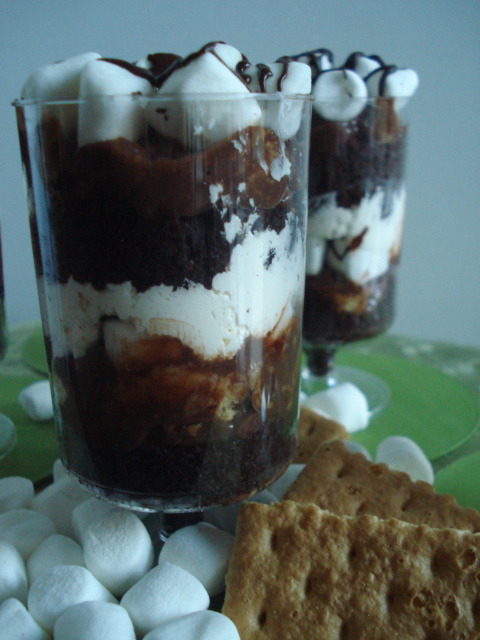 They're like mini trifles. Not just because they're small. 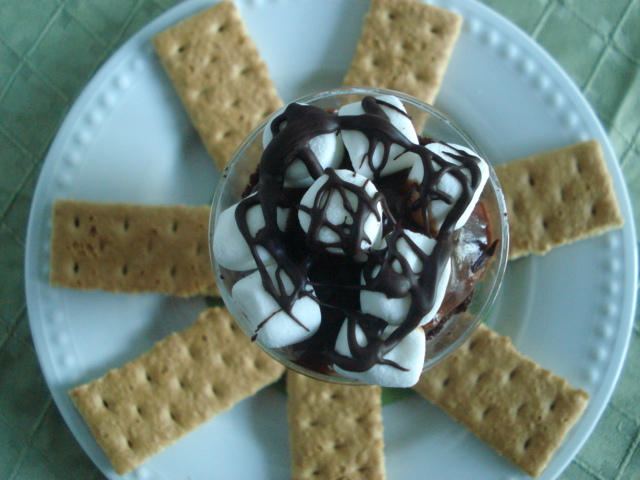 But because it's way too easy to eat more than one.

Instructions
Preheat oven to 350F. Prepare cake mix according to package instructions and bake in any pan or dish. Allow cake to cool. Crumble completely with a fork.

Break graham crackers in half and mix well into pudding. Allow to sit for a few minutes until slightly softened.

Melt chocolate in the microwave in 30 second intervals, stirring each time, until melted.

*Makes about 20 medium trifle cups.
Posted by Unknown at 7:00 am